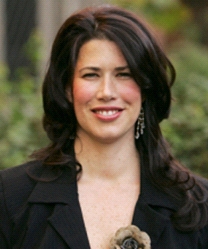 You may remember the West Wing episode where Carol, CJ Cregg’s assistant, announces that she’s been so transformed by working with President Jed Bartlet’s dream team over his two terms in office that she’s dedicating the next phase of her career to a non-profit that helps veterans?

Carol goes on to becomes Senior Director at Justice for Vets in Washington, D.C., and Carol’s former “work family” from the White House joins in to support fundraising efforts and to film public service announcements for the important mission of this organization–even including President Bartlet and her former supervisor, CJ (who couldn’t be prouder).

At Justice for Vets, Carol meets inspiring veterans. She works to help them and their families address issues that result in stronger people, families and communities….

While it is true that a West Wing job often provides opportunities for a hard-working young person… And while it is true that the woman who is currently the Senior Director at Justice for Vets was CJ’s assistant in the Bartlet Administration… At some point, from time to time, we all must face the unpleasant reality that there never really was an actual Bartlet Administration. West Wing is a fictional television series.

It is worth noting that the further adventures of “Carol,” however–with her life changed by the West Wing and ready to make her own way in the world–would be the stuff of great tv spin-offs, like Rhoda or Better Call Saul. Yet the real-life journey of the woman who played her is at least as interesting as any fiction Hollywood could create.

Melissa Fitzgerald, the Senior Director of Justice for Vets, used to play the role of Carol on WW. Melissa brings her considerable intelligence, charm, and star power to a public policy agenda for veterans that requires attention urgently. And her real-life friends from the t.v. show, including award-winning actors Alison Janney, Bradley Whitford and Martin Sheen, as well as this year’s Oscar-winning Spotlight writer Josh Singer, have been on hand to help with fundraising and PSA’s.

A long-time friend of hers, businessman and attorney Gregg Melinson, fills out the picture on Melissa’s career path: “Her friends and family used to say the purpose of Melissa’s acting work was to fund her public interest passion. She worked generously with non-profits, and she founded a mentoring organization. She’s been an international Goodwill Ambassador and produced a documentary on veterans returning home. So it was a natural transition for her to want to create opportunities for veterans with Justice for Vets. Melissa is precisely the effective communicator and fierce advocate veterans need.”

Melissa expands on the needs addressed by Justice for Vets: “Our veterans return home, for the most part, only strengthened by their military experience. But for some, the path has obstacles such as PTSD or a substance abuse disorder… Justice for Vets helps veterans through what might otherwise be a crisis or incarceration by working with them in Veterans Treatments Courts. There are now about two hundred VTCs around the country… We could use ten times more.”

A Veterans Treatment Court provides an alternative path when a veteran becomes involved with the criminal justice system. A coordinated team comprised of the Department of Veteran Affairs, volunteer veteran mentors, and the traditional professionals utilized in drug courts and mental health courts works with a judge to prevent a veteran’s unemployment, homelessness, and arrest, while promoting reintegration to civilian life.

Melissa continues, “When we use words like ‘Thank you for your service,’ we have to mean it, by connecting our words with our actions, as a nation. Veterans have earned the opportunity for treatment and restoration.” She comments that the strict structure and scheduling of VTCs has proven effective with veterans accustomed to military procedures; also, many veterans rise to the challenge when asked to fulfill a commitment.

In a country that seems to become more divisive and partisan in its politics with each passing year, Melissa’s admirable mission with Justice for Vets is one that people on both sides of the aisle can get behind. More than ten thousand veterans are receiving life-changing treatment in a Veterans Treatment Court. She reports with a smile, “Veterans emerge from these programs wanting to hold a job, go back to school, and be a pillar in their families.”

West Wing has an episode where staffer Toby Ziegler is asked to identify a homeless man* who died on the street, since Toby’s business card was found in the pocket of the man’s coat. (Toby had donated the coat to charity with a card in the pocket.) When Toby learns the homeless man was a Korean War veteran, he is moved to use his influence to get the man buried at Arlington National Cemetery with a full military ceremony. The tale resonates with respect for the contributions of veterans to this country and no doubt would have made an impression on CJ’s assistant Carol when she learned of it….

Justice for Vets is a 501(c)(3). To learn more and get involved: JusticeForVets.org.

*Footnote: The West Wing episode “In Excelsis Deo” is season 1, episode 10. It’s currently on Netflix. Creator Aaron Sorkin won a writing Emmy for the episode; Richard Schiff, the actor who played Toby Ziegler, also won an Emmy. The episode is poignant and is guaranteed to (a) make you want to drop what you’re doing and watch five more WW episodes; and (b) confirm your belief that it is our duty to do all we can for veterans.

Elizabeth Vrato is a writer and attorney based in Chicago and author of “The Counselors: Conversations with 18 Courageous Women Who Have Changed The World” (Foreword by Bill Clinton). A new edition e-book is now available on Amazon and other online outlets: www.thecounselorsbook.com