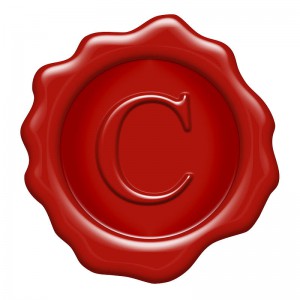 “Nothing is more powerful than an idea whose time has come.”

Nowhere is this more evident than in the movement for women in leadership right now.

Consider the following sampling of events in our culture since the start of this year:

Elle magazine has convened a board of women with the intention of improving the lives of women over the next thirty years.

Viola Davis won a SAG award for Outstanding Female Actor in a Drama for her portrayal of Ivy League law professor Annalise Keating in the delicious thriller, “How to Get Away with Murder” (produced by Shonda Rhimes). The award means two women of color are succeeding in mainstream television.

The New York Times published an article about Justice Ruth Bader Ginsburg as a jurist and pop culture icon, sometimes referred to as the “Notorious RBG.” Justice RBG was then the cover photo for Time magazine’s “Most Influential” issue. And Natalie Portman is slated to play her in a biopic movie.

Mika Brzezinski is in the midst of a national conference tour related to her best-selling book, Knowing Your Value. The tour features daylong events for building community among women, coaching women to make a plan for success, and providing opportunities for networking.

Patricia Arquette, while accepting an Oscar for her role in “Boyhood,” made an impassioned plea for wage equality for women. Meryl Streep and Jennifer Lopez—seated next to each other in the audience—whooped, hollered and waved their arms in support. And in the fall, Streep stars in the film “Suffragette.”

During the NBA All-Star weekend, players did PSAs in partnership with Sheryl Sandberg and her seminal book, urging us all to “Lean In” and join the fight for women’s equality.

Judd Apatow, while pitching his raunchy comedy, “Trainwreck,” has discussed non-stranger rape in the context of the Bill Cosby allegations with a thoughtful, feminist perspective.

When I was an attorney with the NOW Legal Defense Fund in New York City (since renamed “Legal Momentum”), because of the subtext and insidiousness often involved in gender issues, we used to say that an anecdote may be an anecdote, but several anecdotes become data.

So it is with the list above. Any one or two of these things certainly could have happened five years ago or ten years ago, but all of them in the span of little more than a half year are indicative of us all having arrived to a different place. There’s a new normal.

———-
Trailblazing women, past, present & future (including Justice Ruth Bader Ginsburg) are featured in The Counselors: Conversations with 18 Courageous Women Who Have Changed the World.